Who is ibi
Management
Board
Investors
Top ibi's publications

Lorenzo Leoni was born in Lugano (Switzerland) in 1965, he obtained a Ph.D. in Biochemistry at the University of Lausanne and later became Assistant Professor of Medicine at the University California San Diego, in the departments of Immunology and Oncology.

He is a serial biotech entrepreneur, and has founded successful biotech companies in the United States (Salmedix) and in Switzerland (Telormedix). He has been COO of a now public Swiss biotech company and CEO of Telormedix until the end of 2009.

He is currently General Manager of the AGIRE Foundation, the Innovation Agency of the Ticino Canton and Managing Partner of AGIRE INVEST SA.

Giuseppe Perale was born in Venice (Italy) in 1978, he attained both his Master’s Degree and his PhD in Biomedical Engineering, in 2002 and 2006 respectively, at the Politecnico di Milano. Visiting Post Doc at the Imperial College London in 2007, visiting Researcher at the Karolinska Institutet in Stockholm in 2011 and at the IRF “Mario Negri” in 2012, he was Acting Professor of “Formulations Science” at the Politecnico di Milano until Spring 2013. Currently he is Full Professor of Industrial Bioengineering at the SUPSI Swiss University.

His studies are mainly focused on process engineering and physical chemistry applied to biomaterials for medical applications, particularly for tissue engineering and drug delivery systems. He’s author in over 100 international publications and 3 patent families. 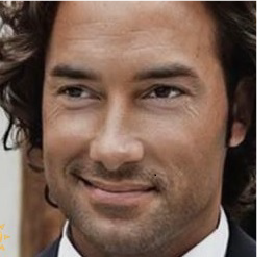 His studies were focused on processing engineering and material properties especially for the biomedical field, but in recent years he acquired good knowledge also in the biological field, particularly in cell culture methods. In 2008 he moved to Switzerland where he became R&D director of Swiss Stem Cell Bank, in the same year he founded IBI. He is author in more than 30 publications, 2 books and single inventor of 2 patents. Currently he is also Researcher at the SUPSI Swiss University.

Michele Müller was born in 1956 in Montevarchi (Arezzo, Italy) but grew in Switzerland in the city of Lugano. He got his Master’s Degree in Natural Science in 1979 at the Swiss Federal Institute of Technology (ETH), where in 1983 he got also his PhD in Biochemistry.

He has a long experience as a Researcher in the field of biochemistry and proteomics, achieved from 1984 to 1995 at the universities of Bern (CH) and Nice (Fr). In 1995 he started his industrial career as senior R&D in Cerbios-Pharma S/A. In 1998 he left to establish Micro-Sphere S/A, where he’s now General Manager.